The development of the Italian dental sector from 2010 to 2019

Ten years of dentistry in Italy before the pandemic: what main impact factors and what development opportunities? 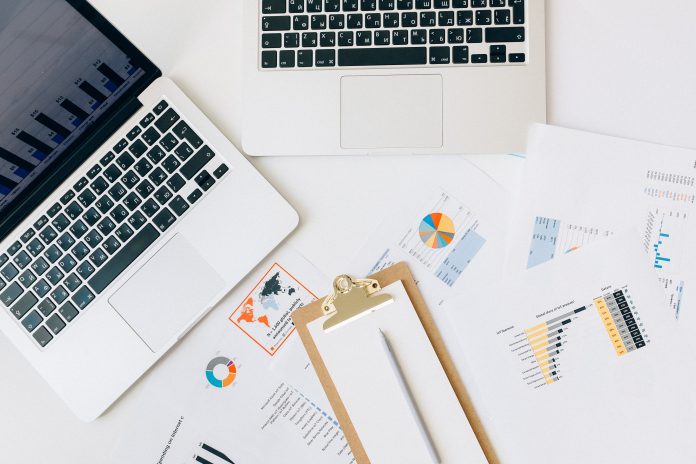 The Italian dental sector has experienced decades of flourishing growth. In recent years, price competition and stagnant consumption have led to an abrupt slowdown in the sector development. Despite this, the heterogeneous composition of the business makes it possible to intercept excellent improvement opportunities for certain types of products. Let’s find out which ones.

Here below is a detailed analysis of what has been the development of the Italian dental sector in the last few years before the pandemic outbreak, an event that has changed the dynamics and logic taking place in various sectors. The aim is to highlight the factors deeply influencing the dental sector and the opportunities for development, according to the characteristics and performance of the business itself.

We cannot talk about 2019 without considering the previous period which the 2019 has been the expected outcome of. Many will remember, with a combination of concern and hope, that ten years ago the still vivid and persistent post Lehman Brothers crisis from September 15, 2008 was there, an event that led to the so-called “great recession”. The signs of this crisis are still present today with effects that have lasted longer than one could imagine; a sort of “structural crisis”, a juxtaposition of terms that is clearly an oxymoron. A never overcome crisis, which has mainly concerned Italy. I will borrow the report from the CPI Observatory of the Università Cattolica of Milan, which tells us how these recent years before the pandemic crisis that affected the world have been, from the point of view of economic development, the worst since the Unification of Italy. Two factors have been the most relevant ones and both concern the dental sector, albeit in different ways: the slowdown in GDP and the collapse of the birth rate.

With regard to the former, GDP grew on average at a rate of half of the previous decade’s one (despite the collapse of 2008) and less than in the 1940s, the most difficult years because of the devastation of World War II. There is no doubt that this slowdown in the economy has directly impacted the behavior of Italians, not only because of the more limited spending capacity of a significant share of the population but also and especially for the social effects related to job insecurity, fragility of savings and general uncertainty felt by the population about the future, emphasized by the very precarious political situation.

The collapse of the birth rate

From a demographic perspective, however, Italy has begun its population drop process in 2017, like never before, and the trend is estimated as intrinsically structural. But the aspect we need to focus on is the real collapse in the birth rate, with just over 4.9 million births in the last decade and over 5.5 million in the previous one; a total of 600,000 fewer children born in the decade, in other words, a decreased birth-rate of 11%. This is a problem which is definitely worsening: if we take as an example 2019 over 2009, the decreasing birth-rate exceeds 24%, with less than 430,000 births compared to 578,000 in 2009.

Italy experienced its first population decline only in 2017, thanks to the demographic balances originating from migratory phenomena. In fact, Italy is a country that has aged, economically stuck, and whose social stratification has experienced the compensation for its natural demographic reduction through migratory flows.

All these aspects have had a huge impact on the dental system, too. This is because the sector is in fact a world at the service of the population to cure pathologies and to meet functional and aesthetic needs. But it is also a sector in which over 90% of patients pay out of their own pockets and in which the socio-economic and socio-cultural aspects are of significant importance.

To briefly take stock of these past ten years, let’s go back for a moment to the beginning of the analyzed season. In 2010 the country was slightly recovering after the terrible two-year period caused by the international crisis, two years during which the flow of patients to the dental practices had decreased (about one million fewer), anyway it was possible to witness a modest recovery. The real “tragedy” occurred at the end of 2011, when we ended up on the brink of default and the famous maneuver – metaphorically called “tears and blood” – of the newly formed Monti’s government threw Italians into despair and concern, thus inducing the collapse of consumption, above all because of the lack of confidence. 2012 and 2013 turned out to be very bad years also from the dental sector perspective; Key-Stone researches, but also other institutes, confirmed a drop of about 3 million patients. Moreover, Istat recorded an important reduction in the average expenditure for dental care among Italians (1.5 billion less in 2013 than in 2011). The dental products and equipment segment also suffered a severe slowdown and, for the first time ever, the dental market (intended as products and equipment) experienced recession: it had never happened before.

2014 brought a certain recovery, that I called “the renaissance of the dental sector” on the occasion of an important conference organized by UNIDI, with a real boom in performance and accesses to dental practices in 2015. However, it was clearly a sort of “technical rebound”, due to the fact that hundreds of thousands of families had postponed important but not urgent oral treatments, especially of prosthetic and orthodontic nature; a variety of services that gradually diluted, leading to a new slowdown in growth, even if the market has not experienced other drops in terms of number of patients and volume of services since then. There has been a reduction in consumption to almost stagnation in the last two years, but without reaching the level of recession.

The situation is different for dental clinics, whose sector continues to witness a progressive reduction in revenues despite the slight increase in number of treatments; this is due to different reasons, which we could summarize in a more competitive market characterized by price contraction and a substantially “healthier” population than in the past. This is a topic that must be explored in terms of possible future developments not only of market values, but rather also of the variety of services and patients in the decade that has just begun.

But let’s go back to the past ten years, because if what has been explained so far has had an important impact on the sector of consumption of dental products, closely linked to the flow of patients to the dental practice, the world of technologies has experienced a completely different trend, deeply influenced by two main drivers: digital revolution and fiscal incentives on investments.

While the abrupt appearance of digital technology can be considered a structural factor, the role of tax incentives is more related to the cyclicity of economy (even if it was protracted, I would say dragged for a couple of years further than expected), which has impacted the professional market with a real cyclical trend, typical of businesses stimulated by short-term legislative measures.

The role of services in the professional dental market

Generally speaking, however, the domestic sector has suffered greatly due to the overall economic trend (the flourishing of the dental industry is, in fact, closely linked to exports) and to the slow social and cultural transformation of the country. For this reason, if we look at the total added value provided by the professional dental sector (including consumables, equipment and services), we note how the total increase in business is only 14%, if compared to 2010 values, little more than what obtained with the GDP (at current prices). However, this figure is not completely honest.

During the analyzed period, in fact, the professional dental sector has been enriched with services: the industry began to produce customized medical devices (aligners instead of brackets; prosthetic structures instead of alloys and ceramics), to which the progressive computerization of dental practices and the greater need for technical assistance must be added.

Well, if we look at the total added value of products and equipment only, excluding services, we can picture in the same graph how, during this period, the overall added value of the sector (net of services) is only 7%, far lower than the overall GDP trend.

Impact of digital equipment and centralization of customized medical devices

Let’s now approach in more detail the trend characterizing the main product families, highlighting how what we just described here above is confirmed by the evolution of the different markets. To perform this trend analysis, we used fixed-base 2010 trends, precisely in order to study the period as a whole and not just individual years which, as we have seen, are the result of particular situations.

The market segmentation applied in this occasion brings to light the fact that some sectors have proved to be particularly dynamic more than others, and which, if not isolated, they may mislead the evaluation of the overall sector trend. Dynamics totally influenced by the so-called “digital revolution”. As a matter of fact, digital technologies, in addition to having had a fundamental impact on the modernization of dental practices and laboratories, have also played an important role in terms of materials (in particular Cad-Cam) and have implicitly allowed the enormous development of a new market, that of custom-made devices such as prosthetic structures and, of course, orthodontic aligners, which have quintupled their value in ten years.

The graph shows, like the previous ones, the accumulated trend with fixed basis. In general, the trend of the lines in the graph allows us to observe both the slight decrease in the two-year period 2012-2013 and the signs of recovery from 2014. In particular, we observe the enormous impact of digital technology and centralization of customized medical devices (digital flow prosthetic structures and orthodontic aligners) beginning in 2015.

For a more in-depth quantitative analysis, it is very useful to adopt a trend indicator technically called CAGR (Compound Annual Growth Rate); it is in fact the average trend rate recorded during the years under examination which gives a precise idea of the real trends.

The chart gives us the chance to observe how in the more traditional domains of the market only the classic “consumables” have grown with positive sign, amounting to around 1% on average per year. On the other side, albeit for different reasons, the more traditional equipment, implantology and orthodontics sectors are falling. With regard to these last two product lines, it should be remembered that the negative figures are not only due to the possible reduction in consumption – therefore to a possible decrease in demand – but also to dynamics causing the progressive reduction of the average prices.

In conclusion, as anticipated, the Italian dental sector development has slowed down in a probably irreversible way due to dynamics of price competition and stagnation in consumption. Despite this, it is possible to detect development opportunities, in particular in the domain of services for the dental practice and for the laboratory. 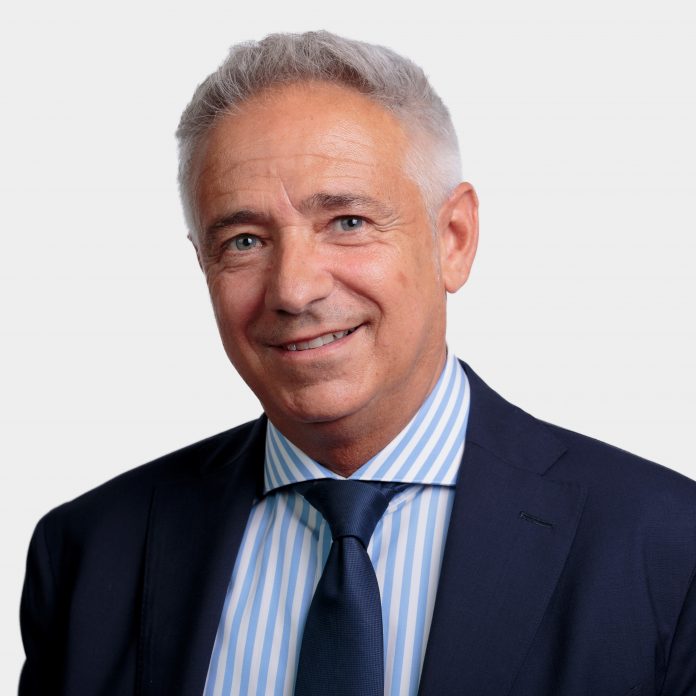 Roberto Rossohttps://www.key-stone.it/
Business strategies consultant, Roberto Rosso is the founder, chairman and CEO of Key-Stone, a company specialized over twenty years in marketing and market researches, in particular in the dental sector, where it operates internationally and includes almost all the main international companies among its customers.

The oral health of part of the Italian population is worsening as consequence of more than one year of healthcare access restrictions, procrastination, and...

Several quantitative and qualitative surveys carried out internationally by Key-Stone to analyze the perceived image of the main implantology brands have highlighted how the...

The market of dental Aligners in Italy

Since their debut on the market - in the late 1990s and early 2000s - it was evident that invisible aligners would revolutionize the...